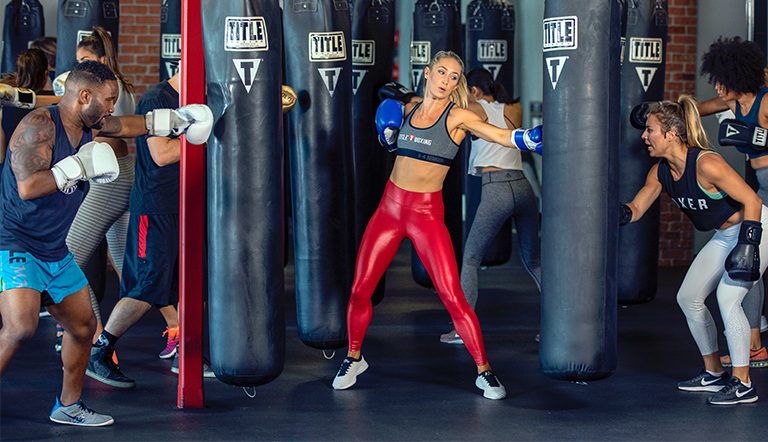 BoxUnion has acquired TITLE Boxing Club, and the combined franchise has big plans for expansion.

Based in Santa Monica, Calif., BoxUnion was founded in 2016 by Todd Wadler and Felicia Alexander; it has three studios. The company, which unites mind, body, music and boxing in workouts, launched its digital subscriptions in April 2020. Its coaches combine cardio, muscle sculpting and strength training with punching.

Wadler will head the combined brands as CEO and Alexander will maintain her role as chief revenue officer.

TITLE Boxing, a boutique fitness studio with headquarters in Overland Park, Kansas, has more than 160 clubs in the United States, Mexico and the Dominican Republic. Its bread and butter is boxing and kickboxing classes. TITLE Boxing, which has another 130 clubs in development, is ranked on Entrepreneur magazine’s Franchise 500 list and the Inc. magazine’s list of America’s 5,000 fastest-growing privately held companies. TITLE Boxing Club was founded in 2008 by former professional fighter Danny Campbell and Tom Lyons, a hospitality and sporting events business owner,

Wadler calls TITLE Boxing “the biggest player in the fitness boxing and kickboxing category. Our goal is to triple the studio base while also providing a state-of-the-art, engaging digital experience to the at-home market.”

Rotche remains bullish on boxing as a fitness niche. “The popularity of fitness boxing and kickboxing is growing rapidly,” he says. “Todd and Felicia’s collective dedication to revolutionizing the fitness boxing category make them the ideal new owners for TITLE Boxing Club and the optimal partner to our passionate franchisees. The two brands integrate seamlessly due to their commitment to the same core demographic and bringing the mental and physical benefits of boxing to all ages, genders and experience levels.”

Wadler, with 20-plus years of finance and investment banking experience, and Alexander, who previously worked in sales and marketing for large corporations including Sony and Sun Microsystems, echo the optimism.

Says Wadler: “We are excited to bring together TITLE Boxing Club’s scale and brand awareness with BoxUnion’s culture of innovation to drive the first true omni-channel fitness boxing offering to millions of consumers anytime, anywhere.”

Alexander points out that she and Wadler, “as studio operators ourselves… understand firsthand the impact this sport can have on building a local community and empowering people to throw a punch at the daily challenges life throws our way. Now more than ever, it is critical to provide an outlet for the stress millions of people are going through.” She adds that BoxUnion members praise the company’s workouts for easing their depression and building their confidence. “With more than 65,000 members and digital subscribers, the combined company will now be able to provide this experience to more people,” Alexander says.

Kwanza Jones and Jose E. Feliciano’s SUPERCHARGED Initiative (KJSI), which is BoxUnion’s lead investor, and other BoxUnion shareholders backed the transaction. KJSI is a philanthropic grant-making and investment organization that considers diversity, inclusion and access to capital for historically underrepresented groups when making its investment decisions.

Jones says the acquisition aligns with two KJSI goals: entrepreneurship and empowerment. “Our franchisees are entrepreneurs, and 70 percent of our consumers are women. We look forward to boosting opportunities for existing and new franchisees.”