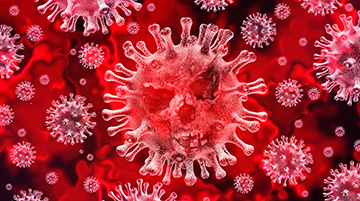 The International Franchise Association (IFA)  praised the coronavirus relief bill released by Congressional leaders and called for its swift approval.

The American franchise sector includes more than 733,000 individual businesses, largely in the hospitality, restaurant, and business and personal service sectors, which have been among the hardest-hit by the current COVID-19 coronavirus crisis. This crisis has led to operations ceasing altogether or reducing significantly for nearly all these businesses, imperiling the jobs of nearly 8 million Americans.

“The measure of the success of this bill will ultimately be its ability to quickly deliver resources to those in need. Approving this legislation and getting relief to Americans should be our government’s highest priority,” said Robert Cresanti, IFA President and CEO.

“Without this significant and immediate action in the form of direct federal aid, zero interest loan guarantees and tax credits to keep employees on payrolls, we estimate that 30,000 franchise owners may permanently close their businesses in the next 45 days, causing approximately 330,000 job losses in franchise community alone. In the next four months, we estimate that more than four million franchise workers will be without work, whether through layoffs or business closures.

“While the cost of this legislation is high, the cost of inaction will be higher. It is likely that additional legislation will be needed in the coming weeks to support America’s 733,000 franchise businesses and their nearly 8 million workers. On behalf of our member brands, our franchise businesses – and most importantly – franchise employees and their families, I urge Congressional leadership and the Administration to enact this big, bold, and bipartisan bill. Our economy depends on it,” added Cresanti.

IFA notes that this legislation achieves its important priority goals, namely through providing direct assistance to workers who have been furloughed to ensure continuity of pay and applicable benefits for workers and their families. Additionally, the bill helps otherwise successful businesses stay afloat so furloughed workers have a place of employment to return to once this health crisis subsides. Without direct, speedy access to capital now, employers cannot protect their employees or their businesses.